Conferencia: “Epigenetics in Health and in Disease: From Knowledge to Applications” 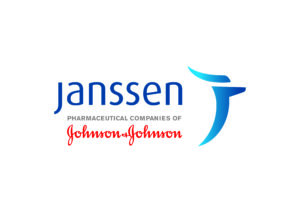 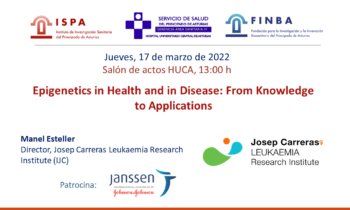 Manel Esteller (Sant Boi de Llobregat, Barcelona, Catalonia, Spain, 1968) graduated in Medicine from the Universidad de Barcelona in 1992, where he also obtained his Ph.D. degree specialising in molecular genetics of endometrial carcinoma, in 1996. He was an Invited Researcher at the School of Biological and Medical Sciences at the University of St. Andrews, (Scotland, UK) during which time his research interests focused on the molecular genetics of inherited breast cancer. From 1997 to 2001, Esteller was a Postdoctoral Fellow and a Research Associate at the Johns Hopkins University and School of Medicine, (Baltimore, USA) where he studied DNA methylation and human cancer. His work was decisive in establishing promoter hypermethylation of tumour suppressor genes as a common hallmark of all human tumours.

From October 2001 to September 2008 Manel Esteller was the Leader of the CNIO Cancer Epigenetics Laboratory, where his principal area of research were the alterations in DNA methylation, histone modifications and chromatin in human cancer. Since October 2008 until May 2019, Dr Esteller has been the Director of the Cancer Epigenetics and Biology Program (PEBC) in Barcelona. He is the Director of the Josep Carreras Leukaemia Research Institute (IJC), Chairman of Genetics in the School of Medicine of the University of Barcelona, and an ICREA Research Professor. His current research is devoted to the establishment of the epigenome and epitranscriptome maps of normal and transformed cells, the study of the interactions between epigenetic modifications and non-coding RNAs, and the development of new epigenetic drugs for cancer therapy.

Author of more than 600 original publications in peer-reviewed scientific journals, 24 of them categorized as “Highly Cited Paper”. Dr Esteller has the highest total impact factor and the highest number of citations among biomedical scientists performing their research in Spain, having an h-Index of 130 by Web of Science – Clarivate Analytics and a h-Index of 156 according to Google Scholar. Dr. Esteller is considered among the Top 0.01% of World Scientists based on Impact by both the Stanford University (METRICS) and the Web of Science Group-Clarivate Analytics. He is also a Member of numerous international scientific societies, Editorial Boards and reviewer for many journals and funding agencies. Dr Esteller is also Associate Editor for Cancer Research, The Lancet Oncology, Carcinogenesis, Genome Research and The Journal of The National Cancer Institute. He is the Editor-in-Chief of Epigenetics. He is also the director of The Cancer Genome Atlas (TCGA) project for Cancer of Unknown Primary (CUP) of the National Cancer Institute – National Institutes of Health (NCI-NIH) in the United States (US).

For the last twenty-five years an increasing amount of evidence has shown the relevance of epigenetics in cell biology and tissue physiology, being DNA methylation aberrations in cancer the flag-ship for the recognition of its disturbance in human diseases. From the candidate gene approaches, new powerful technologies such as comprehensive DNA methylation microarrays and whole genome bisulfite sequencing has recently emerged that have reinforced the notion of epigenetic disruption in the crossroad of many sickness. From the poster-boy case of MGMT hypermethylation in the prediction of alkylating drug response to the personalized treatment of leukemia with small molecules targeted to fusion proteins involving histone modifiers, the field has walked a long path. The current talk will focus in the epigenetic profiling, basically at the level of DNA methylation and histone modifications, that is starting to provide clinical value in the diagnosis, prognosis and prediction of response to drug therapies. For cancer, we have already a wide view of the undergoing DNA methylation events that expand beyond classical promoter CpG islands of tumor suppressor genes and we have a growing list of mutated chromatin remodeler genes that contributes to the tumorigenesis process. It is time to apply this knowledge in practical clinical situations like the diagnosis of cancers of unknown primary, the screening of malignancies in high-risk populations or a biomarker selection of the patients that should receive treatment with anticancer drugs, including immunotherapy. Beyond our comfort zone, we should be aware that chemical modifications not only affect the DNA molecule, but also RNA. The epigenetics of RNA or the analysis of the epitranscriptome represents another relevant step to understand the complex relationship between genotypes and phenotypes in tumor chemosensitivity